As a part of their evolutionary drive, it means to be human to have wants, needs, and desires. Many times within our modern society, these conflicting desires often commingle until we lose all sense of our priorities. The Dream Grimoire helps to confront this reality, and serves to show people where their goals truly lie and illuminate a possible path to reach them.
The Dream Grimoire is in itself both  interactive, family friendly theater experience and the object created through the experience.. It contains no technical elements, depending solely on the performer, and set up takes a matter of minutes, with no lasting clean up. Its main guiding principles are in self motivation, and what I refer to as “The Tao of the Two Year Old.” Essentially, by asking “Why” often enough, we get to some deep truths about ourselves.
Generally the Grimoire setup is placed in a relatively quiet area to encourage conversation, with signage indicating that the Participant should have a seat across from the Librarian (as portrayed by the actor.) Once there, they are welcomed and greeted warmly. They are then asked what could pass for a simple question: “If you could have anything that you wanted, right in this moment, anything at all, what would it be?”
More often than not, people have a tendency to freeze as they realize that a simple question is in fact extraordinarily complicated, and what is often first thought of (usually money) isn’t most often what they truly want in the long run.

At this point the performance typically diverts into two camps, most typically based on age. Children often view the Grimoire as a wishing mechanism, where they offer their wishes, writing them in the book, and placing their mark. 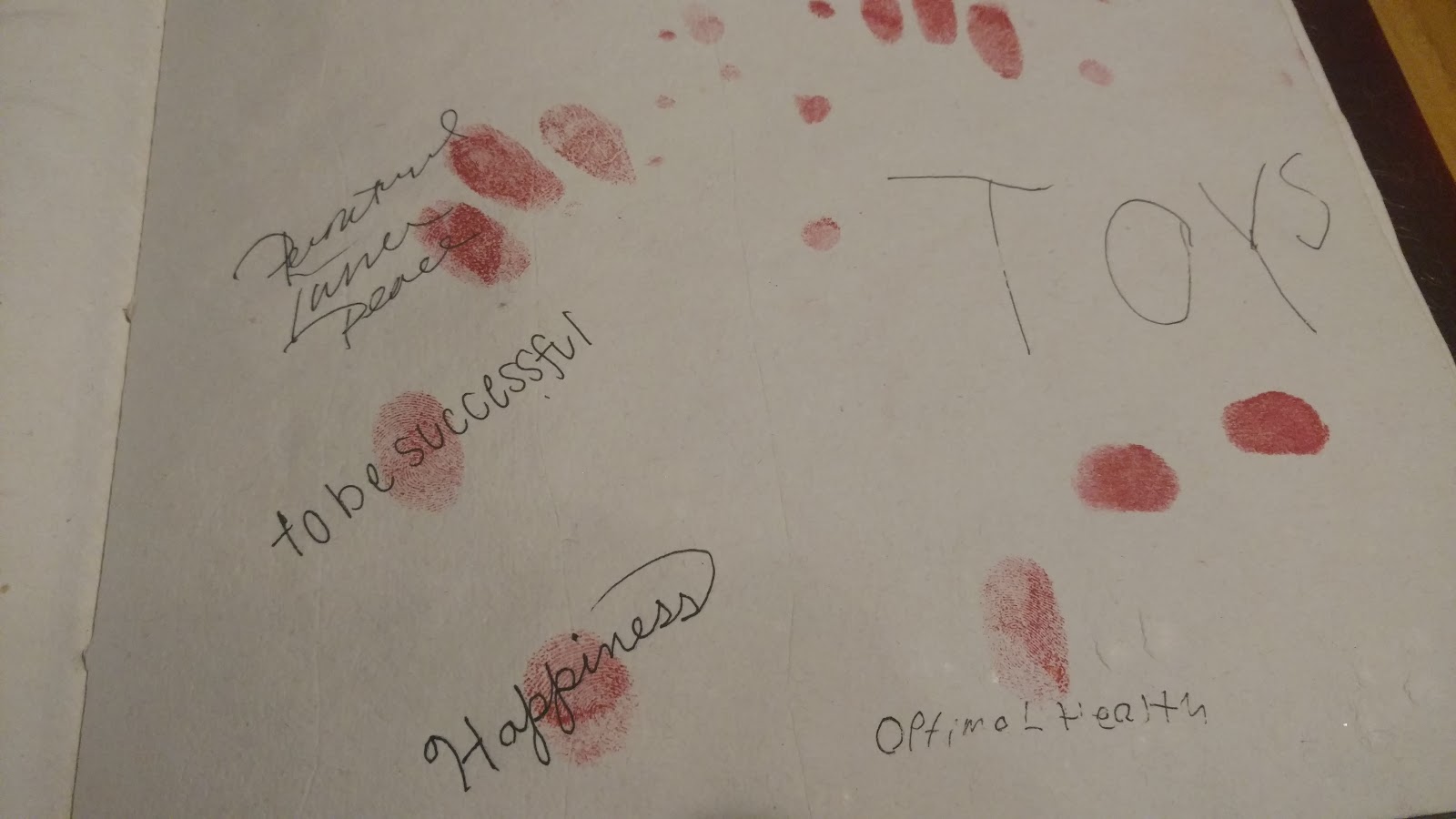 With adults, however something rather extraordinary has a tendency to happen, as the follow up question asked is “What is stopping you from getting it?” Individuals will often stop, think, and begin mentally planning their next steps. Depending upon the receptivity of the individual during the performance, the actor will encourage them to vocalize this, and break down what they once considered a monumental task into a small first step on their desired path. When the Individual then writes that first step into the Grimoire, they receive additional encouragement (and a motivational call to action by the Performer) that by writing it down they are in fact making a promise with themselves that they will continue to move down that path to their goals. 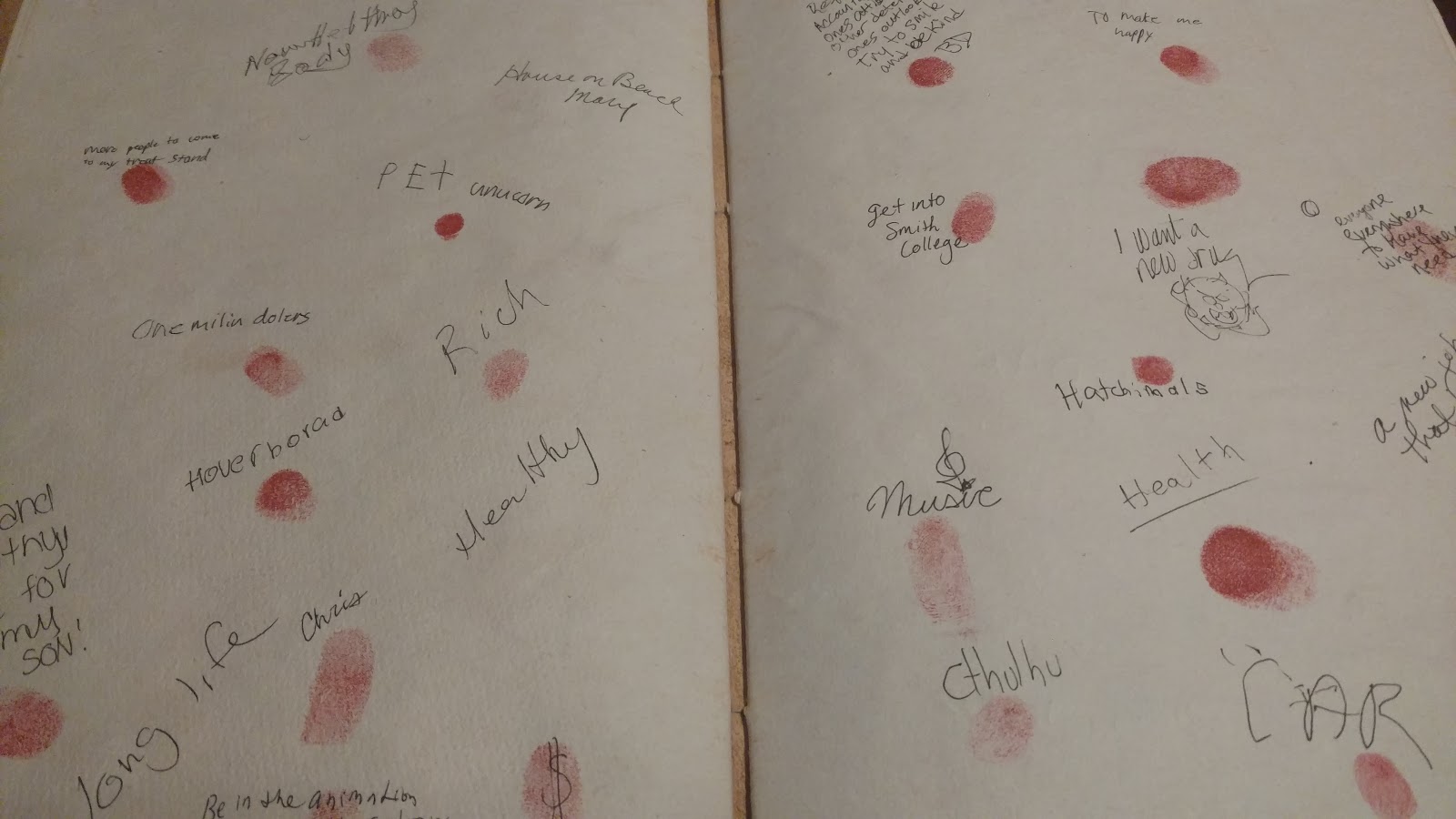 Within many cultures there is often a time set aside to focus on the ideas of new growth and the turning over of a new leaf. The New Years Celebrations (both solar and lunar), Ramadan, and Rosh Hashanah all immediately spring to mind, but similar events focusing on the idea of recentering oneself seems to be a relatively universal concept.


By taking the techniques of theater and applying them to real world situations, Theatre Sans Serif hopes and believes that it is making truly relevant work. By creating  a performance piece can be at home nearly everywhere (and indeed it has found a home with such varied venues as First Night Pittsburgh, the Romero Lives! Festival, Art All Night, and a residency with the Downtown Pittsburgh Partnership at Mellon Square), Theatre Sans Serif hopes to illustrate a path of its own through accessible and inclusive theater. 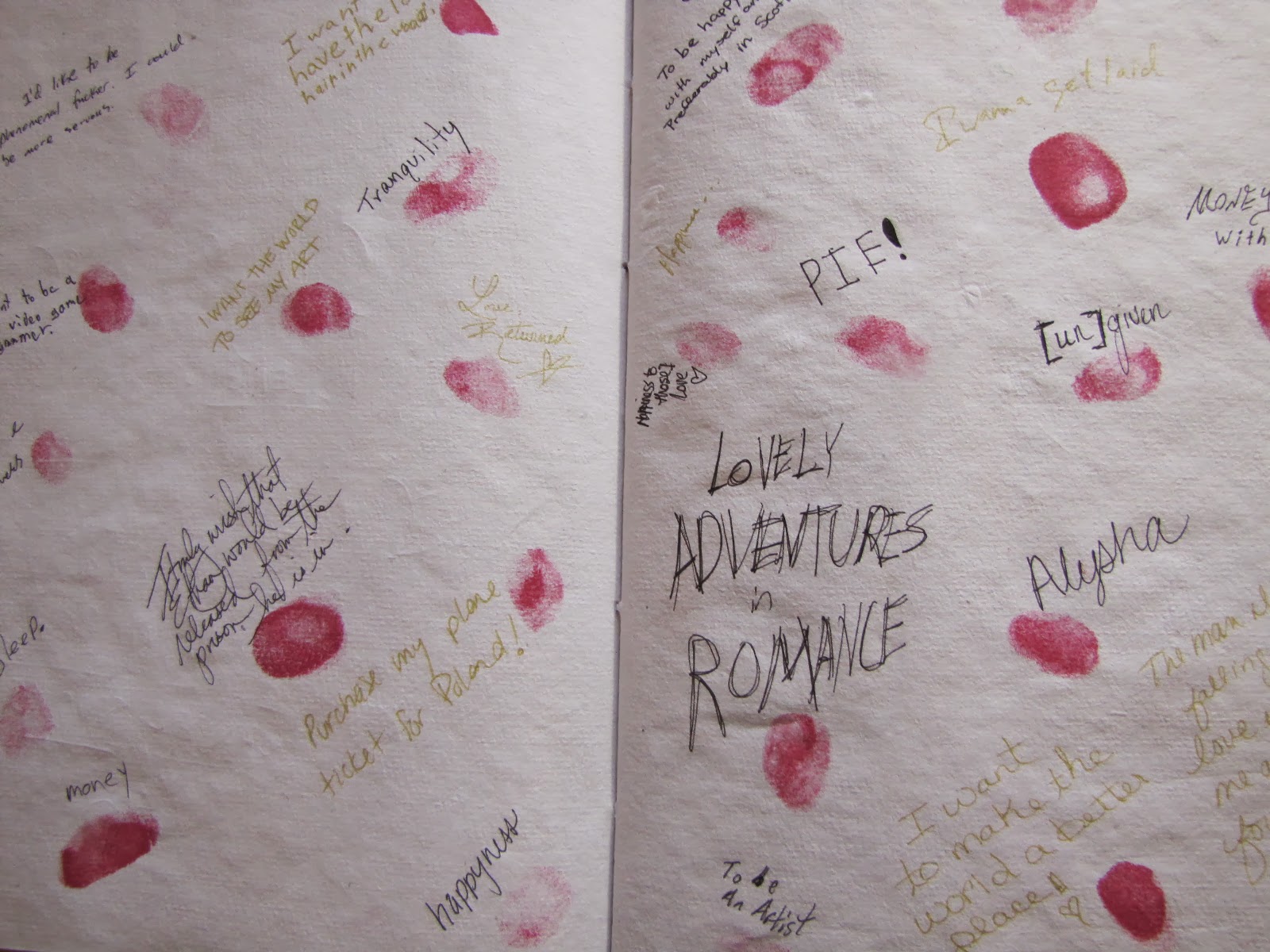 Posted by Theatre Sans Serif at 8:51 AM No comments:

As I write this, I have successfully closed out the Greatest Little Variety Show at the Children's Museum of Pittsburgh, where I was performing tricks and illusions along with the Hem Haw See and Saw Puppet Troupe, Belles Lingues (contortionists), as well as the Josh and Gab show. Going back to my sideshow roots, we had two shows a day, three days in a row. It was tiring, but a rather good show.

Moving on to magic, we are proud to announce that we will be joining in with the First Night Pittsburgh celebrations on New Year's eve. More details may be found on the schedule here: http://www.firstnightpgh.org/fest_event/dream-grimoire/

We are looking forward to sharing the Dream Grimoire with the community once again. In this one on one performative piece, the central character is the participant. The Librarian guides each person on their own journey of self-discovery. Given the piece's success at it's premier at Art All Night, I am looking forward to sharing this with a larger audience. Continuous performances will be held from 6pm to 10pm at First Night.

I hope to see you there, and until next time, 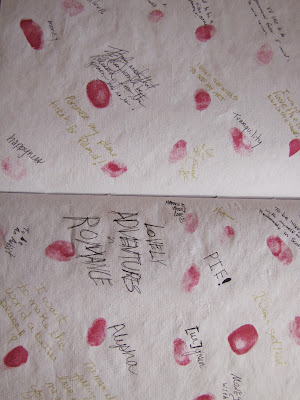 Posted by Theatre Sans Serif at 3:18 PM No comments:

For those of you who know me, it has been a rather busy year, in the non-professional sense. I have recently returned to work from a long (at least for me) leave of absence. I am perfectly fine, but someone close to me was not, so I put the priority of taking care of them first. To that end, I put a hold on new productions for the time being.

Now that things have begun to stabilize, I am returning to more work. While I was preparing to type this blog post in particular about some of the new projects in the works (which I will be doing later) I received some news that a classmate of mine had ended his life. Naturally, this is more in my thoughts at the moment.

To be fair, to say that he and I were "close" is a dramatic understatement. In fact the closest we were was when I tackled him as we were practicing football. In theory, since I made the decision to detach myself from where I went to school, his death shouldn't be hitting very hard. Instead, it is surprisingly so.

Following my graduation, the numbers of people that I attended school with, both high school and college, is slowly starting to dwindle. These have been to a variety of causes, ranging from disease, accidents, drug use, and suicide. In each case, I knew them personally, and had, since the time passed where we had class together, grown more distant. I suppose I am selfish in this case, as each time I hear of another's passing, I think of them, what happened, but then a small voice reminds me that the clock is ticking to achieve what I want to accomplish. This is truly an odd feeling, considering I just recently celebrated my twenty-sixth birthday.

To that end, I am glad to be returning back to the work that I feel I had neglected during my leave. There is much planning, but as usual, it appears that next year will be even bigger than last year.

The best thing to do in this case: Celebrate the season with those you care about, Laugh, and Live.

Until Next Time,
Andrew
Posted by Theatre Sans Serif at 3:04 PM No comments:

Coming Up this Month.

It is not yet the end of the first week of April, and the calendar is already looking incredibly full. After an excellent series of planning meetings, we are proud to announce that one of our latest pieces, The Dream Grimoire will be premiering at Art All Night on April 27th. We are thrilled to be joining in and participating in what has quickly become a Pittsburgh arts institution. More details can be found on their website: http://www.artallnight.org/.

Before that happens, however, we still have two important projects to handle, the first of which is Soup N'at. This fundraiser involves every guest at the event receiving a bowl of soup, bread, and desert, as well as a ballot. This ballot is then used to vote on which group of artist receives the proceeds of that night's event. Theatre Sans Serif's Community Outreach is one of the eligible projects, specifically our efforts at Urban Farming, After School Programs, and a Toy Drive for children in underprivileged families during the holidays. The community has given so much, and we now have an opportunity to help out. The grant would greatly assist with out efforts. The exact details are available on their website as well: http://soupnat.wordpress.com/.

Finally, after much delay, we launch back into rehearsals for Artie Goes West, formerly the Great Big Western Show. After issues with casting, and locations, we are ready, willing, and excited for the show to begin! That will take place in May at the Kaufmann Auditorium, at Hill House.

I hope to see you soon,
Andrew

Posted by Theatre Sans Serif at 8:28 AM No comments:

As the Artistic Director, I would like to thank the cast and director for seeing this project through, and for all of the energy and effort they put in on the project. I must also say the same for my parents, whose support and staffing made the bake sale so successful that it completely underwrote the reading. Finally, last but not least, I would like to thank the Hillman Center for Performing Arts for having us there. I look forward to seeing you at our next major project, Artie Goes West, at the Kaufman Auditorium, May 9-18.

Until next time,
Andrew 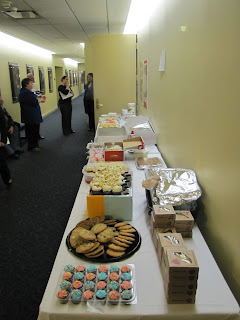 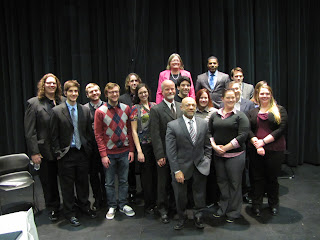 8: or The Fight for Marriage Equality 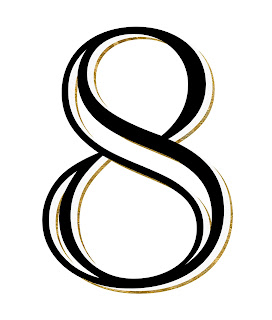 On March 22nd, 2013, 21 actors will tackle a staged reading of 8 by Dustin Lance Black. This script, based upon the real life events surrounding the testing if Proposition 8 is Constitutional. This proposition called for California to disallow gay marriage. This fundamental right is being denied to our LGBT brothers and sisters, and as a result, Theatre Sans Serif is holding this reading to both raise awareness for the issue, and to fully announce our support for the cause. Directed by Kelsey Rispin, this phenomenal cast will bring this issue home to Pittsburgh, and at an especially important time, as this case is due to be seen by the Supreme Court on the Monday following.

The reading will take place in the Kountz Black Box Theater, at the Hillman Center for Performing Arts in Fox Chapel, at 8 pm. A talk back with the actors and several local figures will take place immediately following. For tickets, as seating is somewhat limited, please email us at theatresansserif@gmail.com.

This reading will be performed free to the public, but we are in need of some help. We are accepting donations at this time to help cover the costs of renting the space, and to print scripts for the actors. If you would like to help in either case, please call us at (412) 523-9882 for exact details.

I hope that I see you there,
Andrew

Posted by Theatre Sans Serif at 9:05 AM No comments:

On February 23, Theatre Sans Serif had the opportunity to attend TEDxGrandviewAvenue. This event brings together some of the best and brightest from the fields of technology, science, engineering, design, the arts, and business to create an environment that encourages the exchange of ideas. I think everyone came away inspired to work to change our circumstances, our city, and hopefully the world. Personally, I now have several ideas to move forward and increase Theatre Sans Serif's involvement in community development.
Until next time,
Andrew 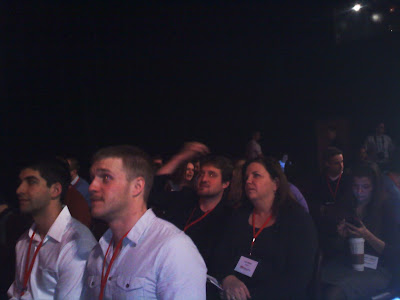 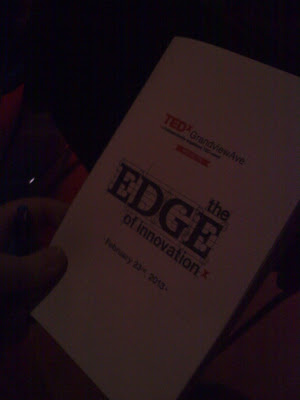 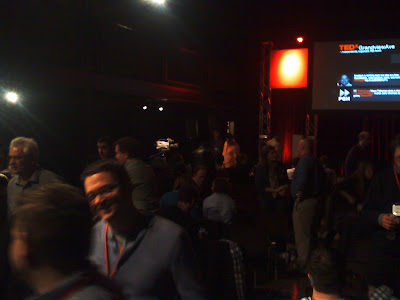 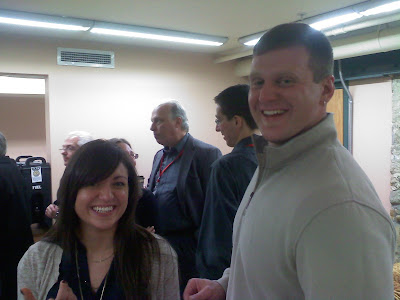 Posted by Theatre Sans Serif at 8:51 PM No comments: 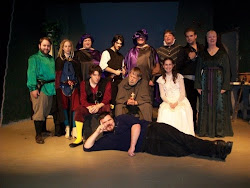 Theatre Sans Serif
Theatre Sans Serif is dedicated to producing classical and new works, in innovative and widely ranging styles. We also foster collaboration between arts organizations, as by working together, we can promote the artistic community as a whole.